For more information about genetic diversity:

What is genetic diversity?

Genetic diversity in the Icelandic Sheepdog.

Application for data of Icelandic Sheepdog 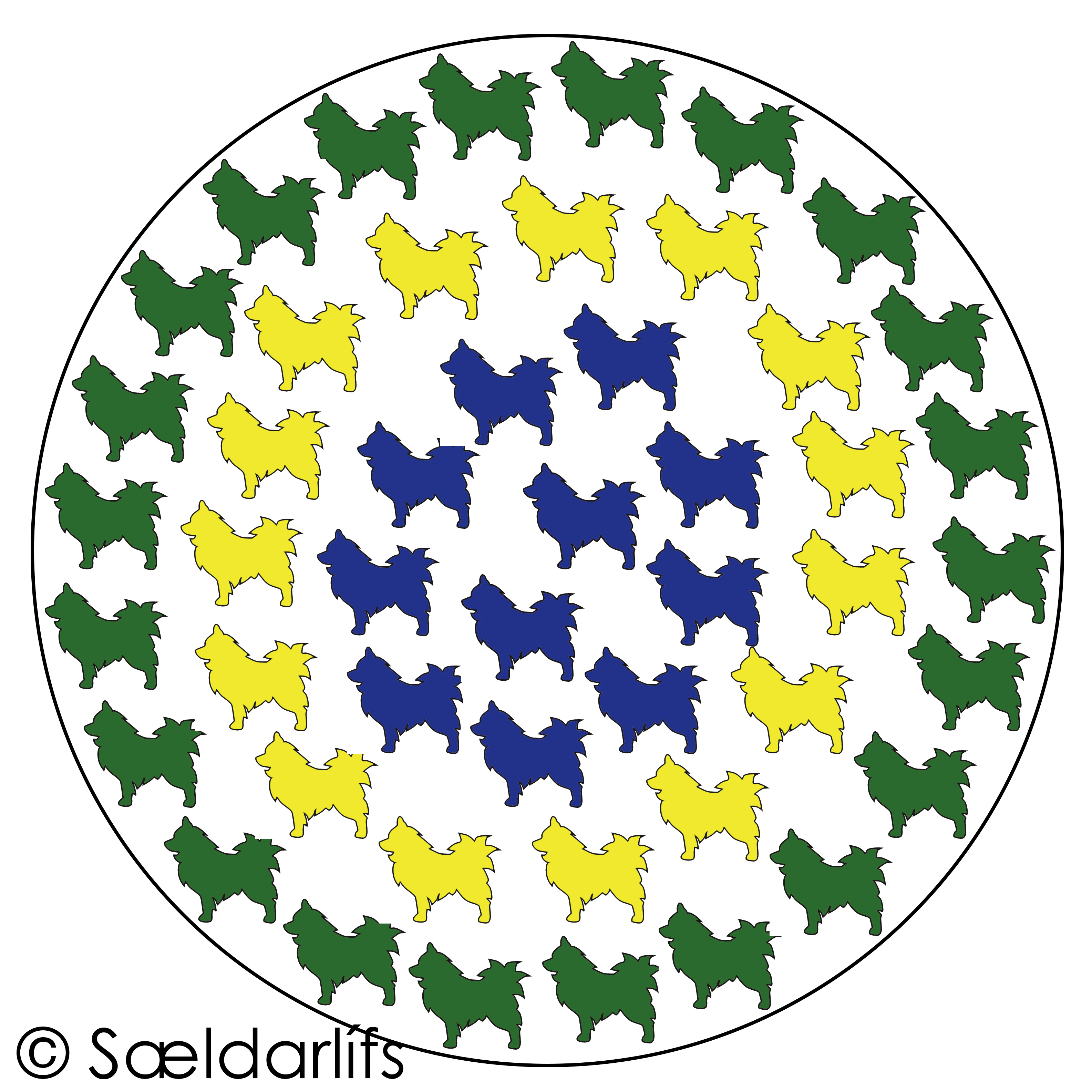 You can divide the population into three groups, where the blue dogs are the dogs that are present a lot in the population (through usage of popular lines), and the yellow are the less popular dogs, followed by the green that are hardly used for procreation. 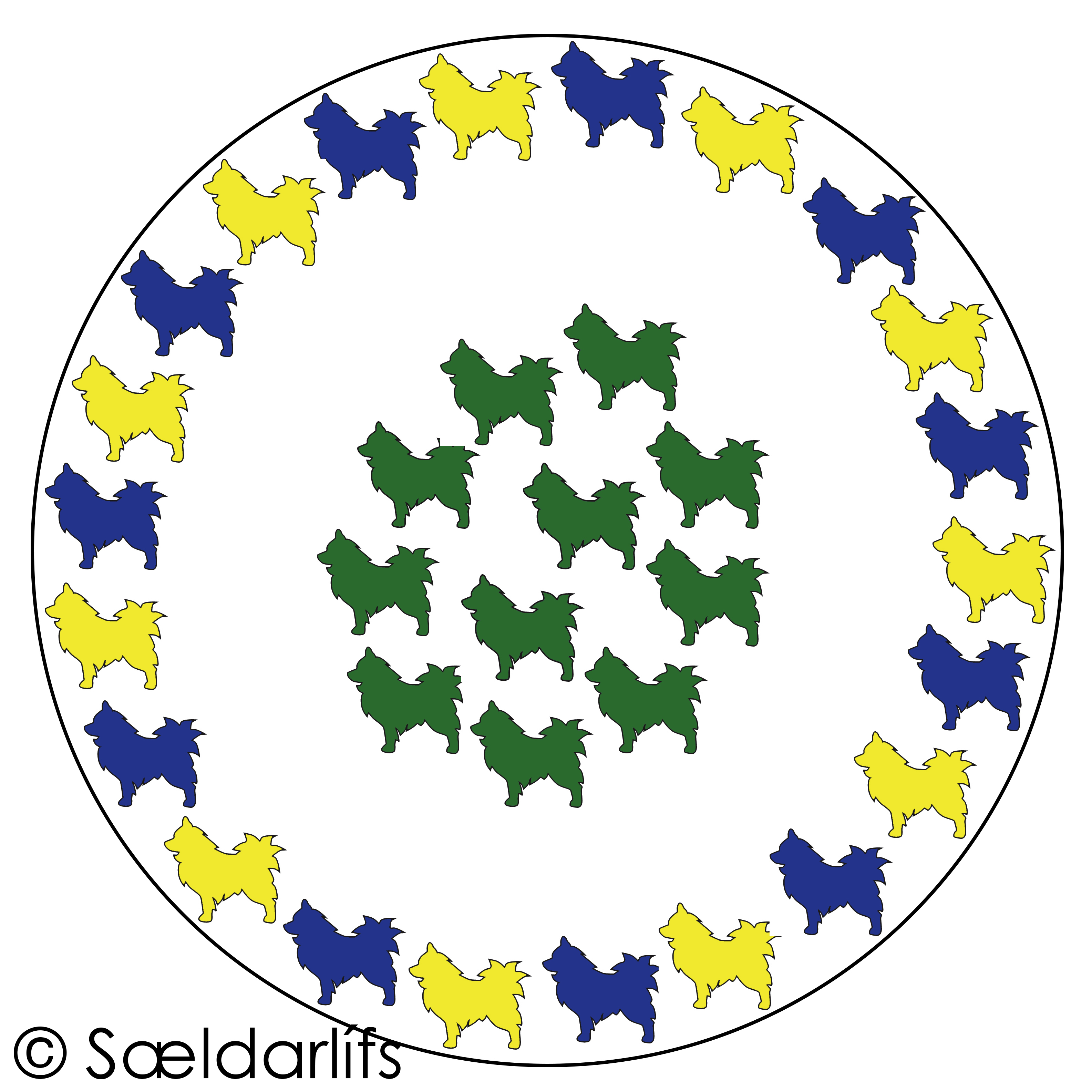 You can visualise the population as in the image above, where the focus is on the blue dogs in the middle. If we are not careful, the green, genetically important, dogs will fall off the ledge and their genes will be lost forever.
What we should do, is focus on these green dogs and put them in the middle, so we will safeguard these genes for the next generation. If we do this, we will have a nicely mixed population, with more focus on the green dogs. 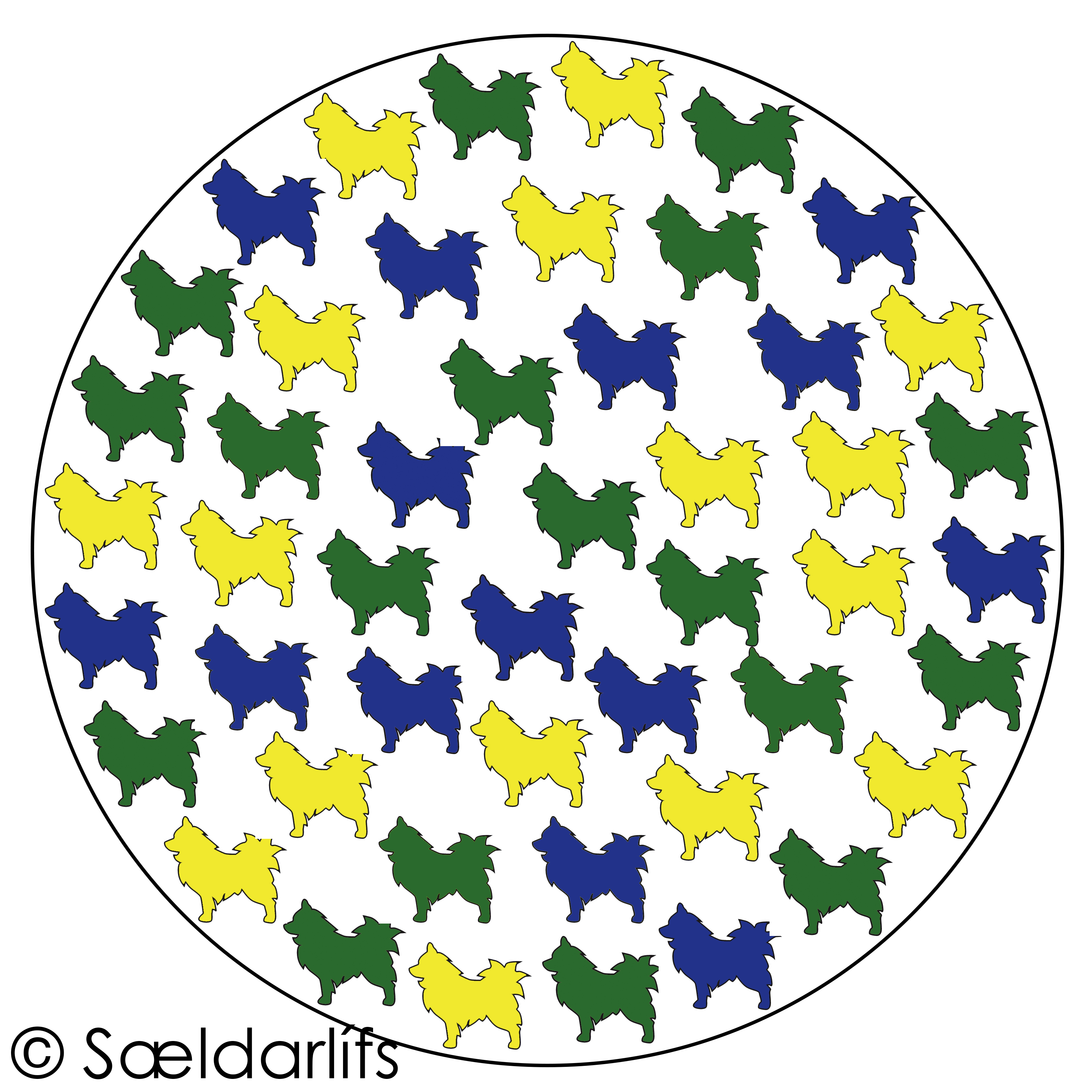 Genetic diversity will rise and these genes will make a larger contribution to the population.

Mean kinship and inbreeding are often mixed up with each other, or misunderstood. Inbreeding tells you how big a chance you have that for a specific dog the same genes have been inherited from both the lines of the mother as the father. Mean kinship tells us if the genes of this dog, on average, are present a lot in the population or not. Dogs with a low mean kinship will have a larger contribution to improving diversity, because they have genes that are much more unique than those of the entire population.

How to deal with mean kinship and inbreeding over all generations in your breeding policies is much more complicated than the mere explanation of what mean kinship is. We advise all that want to co-operate to increase genetic diversity within the Icelandic Sheepdog breed, to consult their respective breeding committees when making combinations. Also, for more questions regarding mean kinship or genetic diversity, or advise on combinations, you can always contact us.